As a flight attendant who has traveled the world, I have found the people I have met along the way keep me realistic and grounded about how fortunate I am to LIVE in the county I do AND to HAVE the freedoms I have.  I hope this story causes more to pause and be thankful this holiday season.

As usual, I chose to work in the main cabin on my way home from Europe.  I preferred this, as I enjoyed joking and having fun with the crowd in the back.  As I entered the gatehouse, I saw a large group of children wearing green shirts, boisterous and running around.
‘Oh geez, ‘ I thought to myself.  Maybe I SHOULD have worked in business class today.  Looks like a rowdy bunch.

I immediately thought how LUCKY these children must be to be going to America.  Probably wealthy parents sending their children to visit family for a few weeks holiday.  I just hoped their chaperones would have better control over them on the flight or it could be a long afternoon for ALL of us.
I quickly learned they were a group of 11 children, ages 6 to 11, traveling from Latvia to the States.  When these lucky children got to the States, they would each stay with an assigned family for an ENTIRE month.  There was one amazing girl who stood out to me.
She sat in 28B and spoke English very well.  Natalia.  I'll NEVER forget her.  Most of her younger traveling companions spoke NO English at all.  I joked with her that she must be their translator. She laughed and said she was.  A little while later I needed to speak with one of the other younger girls and asked if she would help me.  She jumped up with a smile a MILE WIDE and was ready to assist.
Afterwards, I complimented her on her beautifully spoken English and asked where she had learned it.
“At school, “ she told me.
“In Latvia?” I asked.
“No”.  She had spent a month in the U.S. last year.  She was going back to see her sister.
“Your sister lives there?  How lucky are you!  Is that who you stayed with last year when you visited? “ I asked.
“Yes.  With my brother.  But he died.”
That made me pause immediately.  I thought I had heard her incorrectly but didn’t ask any more.
One of the chaperones and I got to talking and I spoke with her about these LUCKY kids going for a month to the U.S..
These LUCKY kids were orphans.  ALL of them.  And that amazing little girl, with the long braided, blonde hair had lost her only brother, aged 11, in January. Accidentally, in a fire.
She was returning to her foster family from last summer to spend time with her ‘adopted’ sister.  Both of the young girls had spent time together in an orphanage type of setting back in Latvia.  They were going to be reunited for a month.
The chaperone was hoping the 'sister's' family would adopt Natalia so she could stay in the States with the only FAMILY she had left.
My eyes welled up.  I was sure the lump in my throat was visible.  I could barely speak. That bubbling, happy girl was SO THRILLED to be coming to America.  She had LOST so much but her positive spirit and energy seemed endless.


LUCKY… that was the word that came to mind when I originally saw these children.
I was wrong.  And, I was mortified that I had been so quick to judge a situation and a group of people.
Remember, LUCK is truly in the eyes of the beholder AND sometimes our vision is blurred.
May you enjoy the family and friends you have this holiday season.  Let us ALL be thankful for the roof over our heads, the clothes on our back AND the food on our tables. 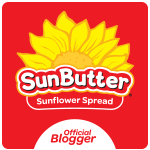